First use of plugin But not Working

but at the end i can not design the UI for ios App because the project file not there ! see photo below
and i can not run the emulator see the erore in the photo 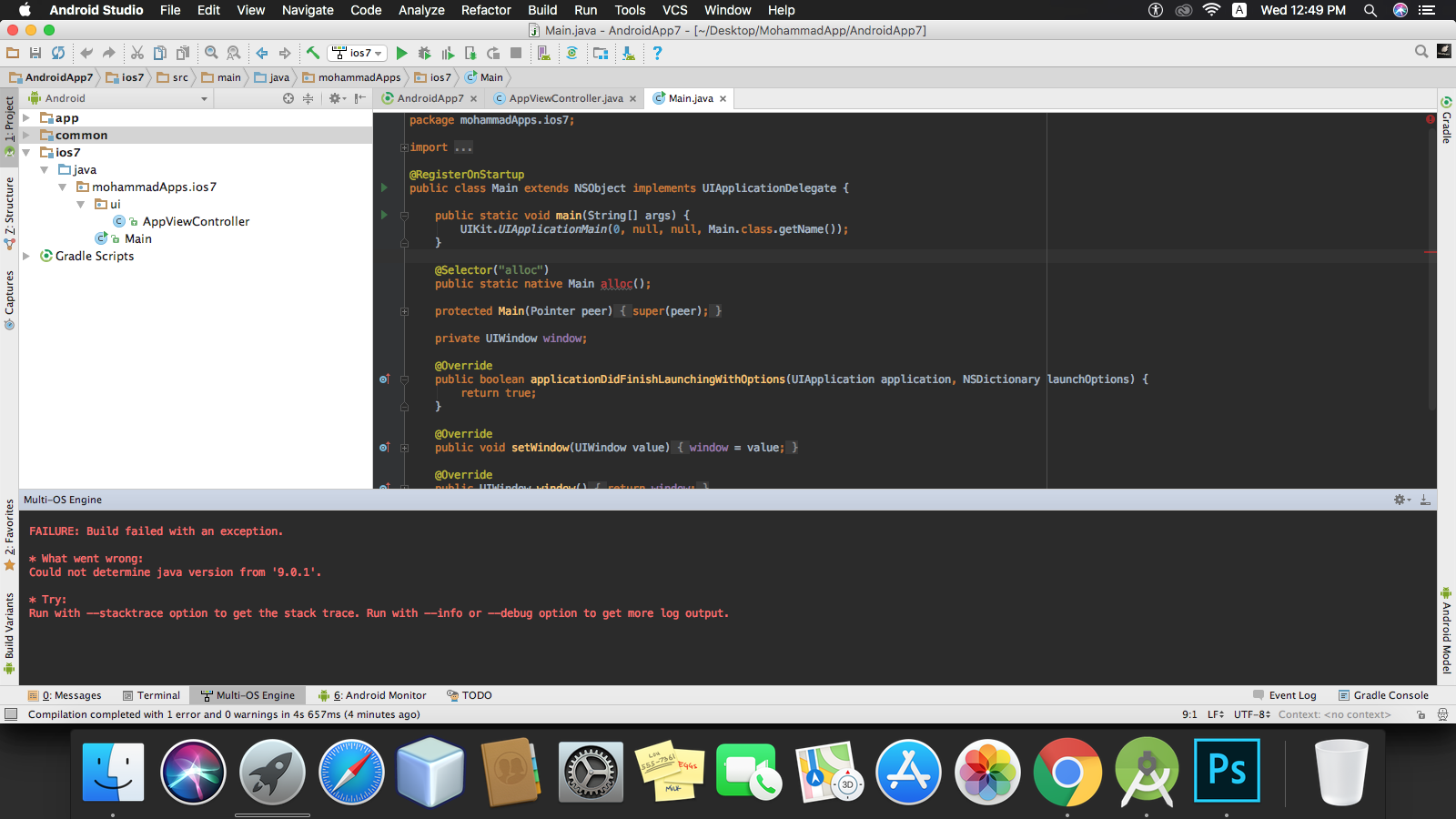 the App is hello World

Try using JDK 8 or earlier, I don’t think MOE works with Java 9. Version numbers reported by Java changed between 8 and 9:

thanks Alan for your reply

Bb is the ios App 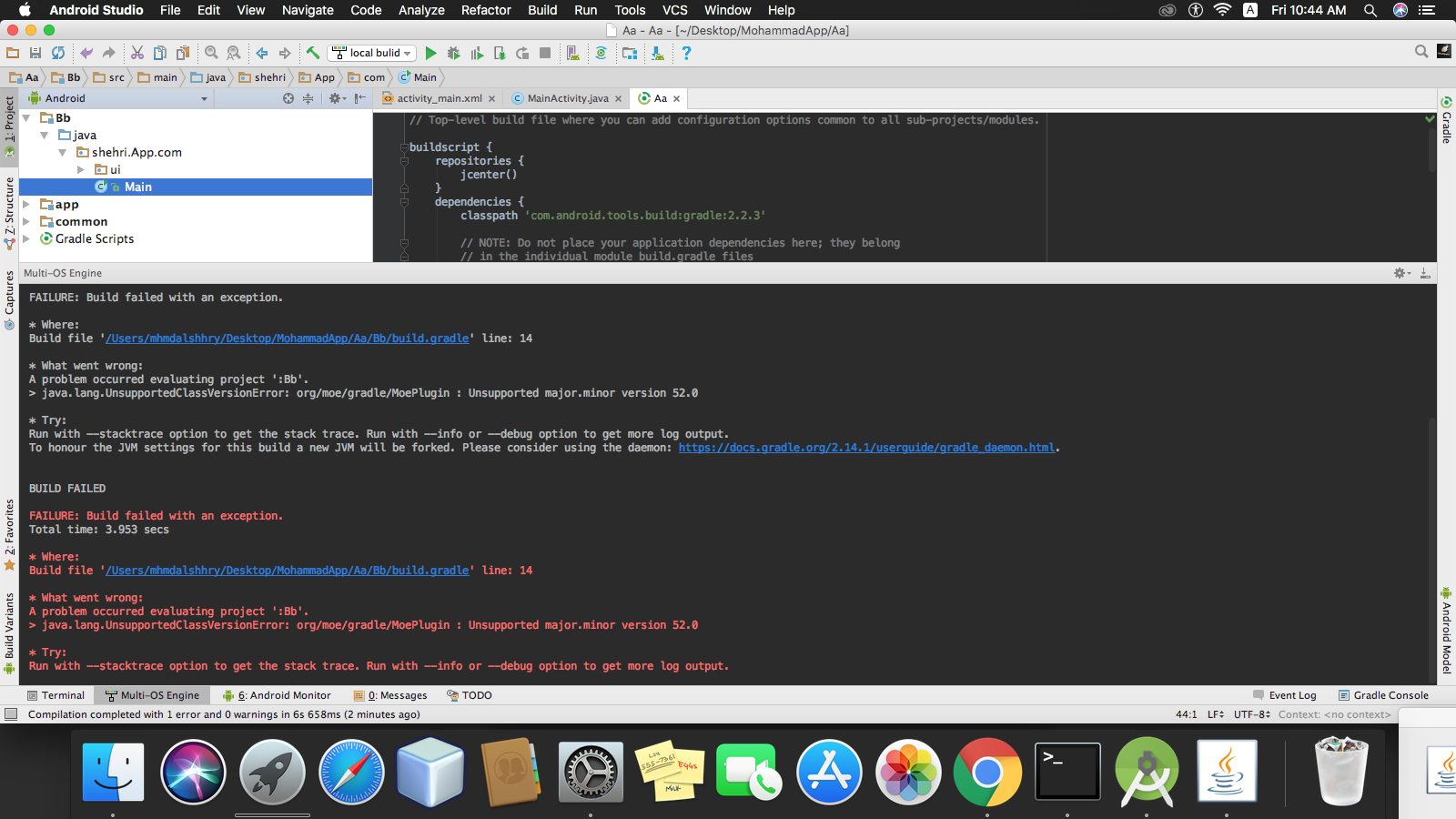 Java Version as below 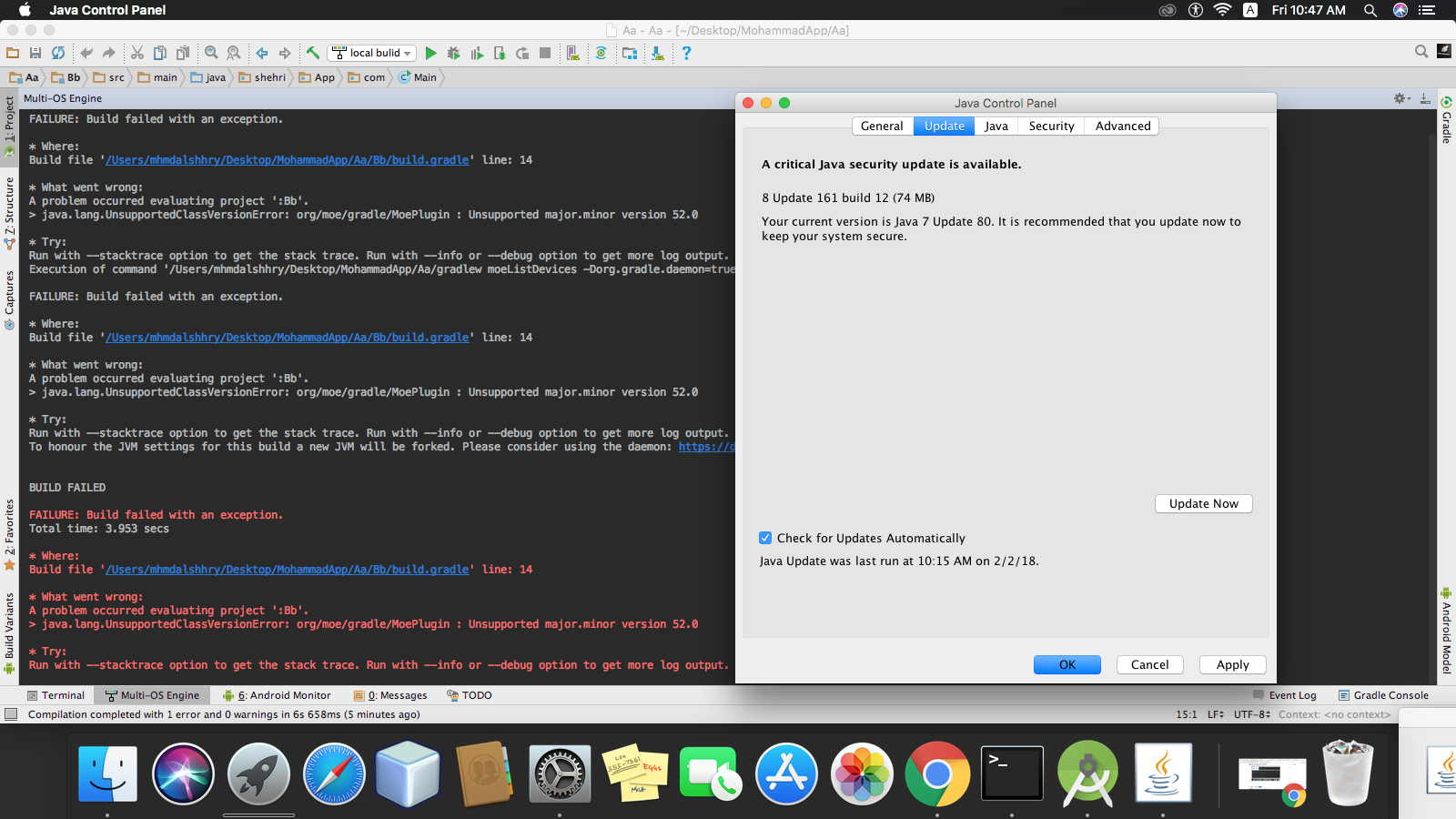 But there is another essue 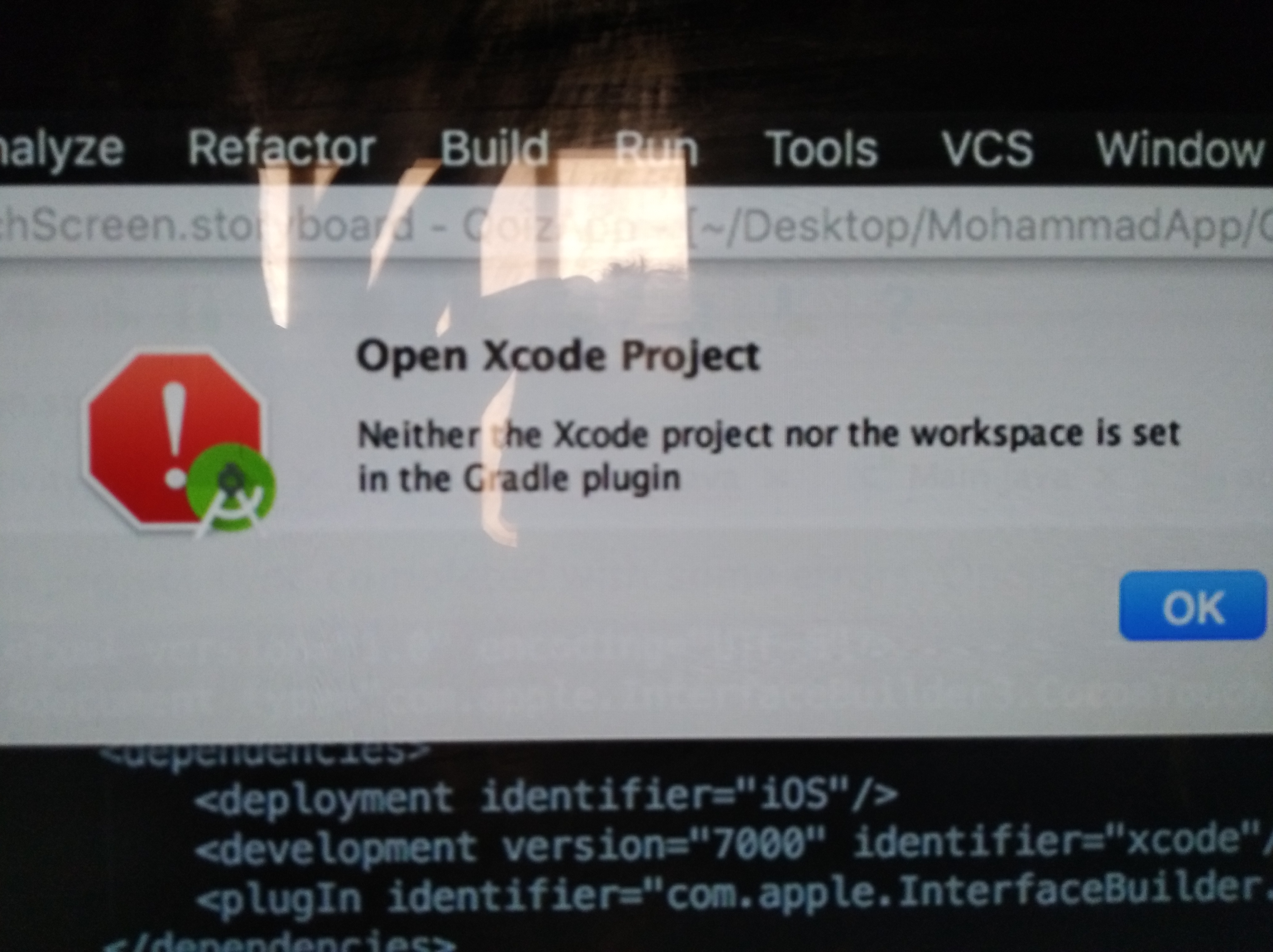 We just released a new Gradle and IDE plugin builds that update the Gradle requirement to 4.2.1 or later, which already supports Java 9. According to our tests Java 9 should work with the new version. By “should work” I mean it will compile the code, but you still have to target your code as before for Android 6 + some Java 8 features supported by Retrolambda.