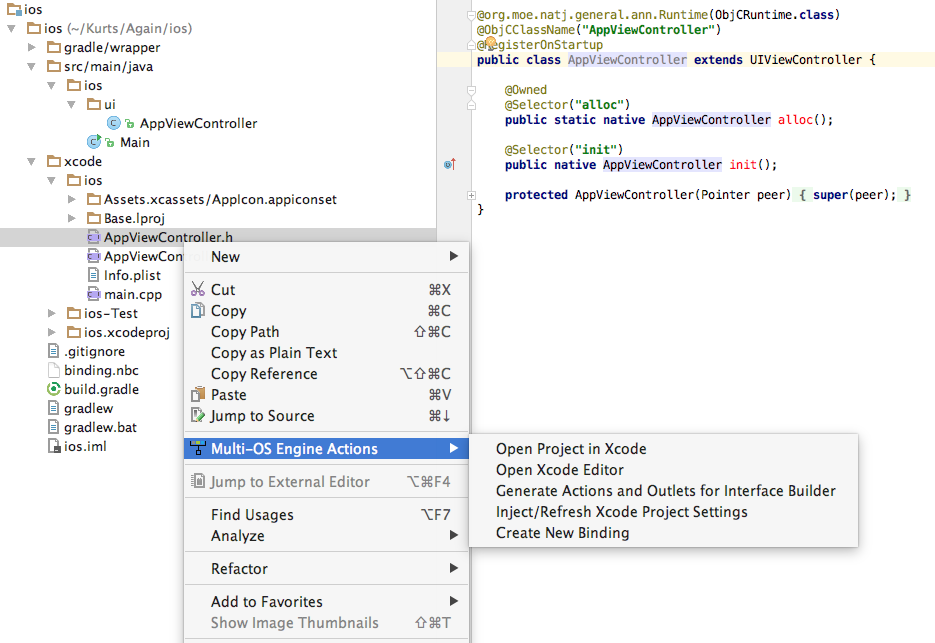 the docs are not yet updated to 1.3, because it is in beta stage. To generate bindings, configure your nbc file, select the “gear” icon and select Generate Bindings.

Also, in beta-1 we have a limitation that only “binding” classes can be generated and not “hybrid” classes (required for Storyboard bindings). We will release beta-2 end of this week, that will remove this limitation.

Thanks guys. I appreciate the quick response. I’m just getting used to the platform. Looking forward to exploring more.

I’ll be sure and update at the end of the week to next version. So the idea is then that using the bindings tool, you point it at the header file for the ViewController and then override life cycle callbacks? Just making sure I’m understanding the flow.

Kristóf, Gergely, it is good to hear about upcoming beta2 release.

Could you please also add some example or tutorial how to hook up some cocoapods and what to put into the *.nbc file for that?

I would like to know what to put into the .nbc file, too. The “Taxi” sample only have “framework” pod.

But some cocoapods only have static library, and/or source/header files. What are the types of pods to put into ?

Is there anyway to generate .nbc file automatically ??