MOE Eclipse under Windows - How do I run the Android part

I asked this question in another thread however it doesn’t reflect the topic so I am creating a new one.
I am currently not able to run the android part of a MOE sample. It should work, right ? Otherwise I don’t see the point of having a hibrid project with IOS and Android components.

I haven’t been able to figure out how this can be done: I have Eclipse installed under Windows, MOE plugin, installed the sample projects. How can I run a sample (Android part) in an Android simulator.
I tried it but no luck (see attached acreenshot). 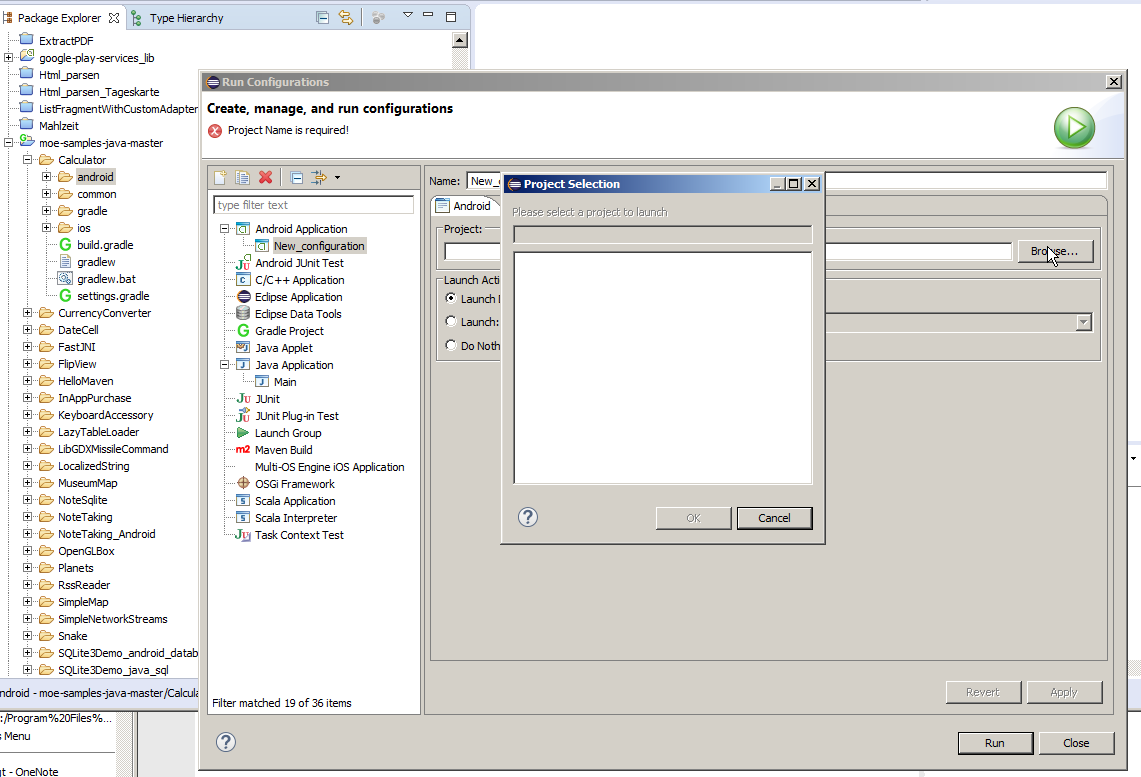 Am I on the right track ?

There are multiple facets of this:

We should probably make the MOE samples support Eclipse for their Android modules in the future (or at least document the current status clearly). I created an issue for this to track it.

We also know of a project, that is doing cross-platform development with Eclipse, Maven and MOE. They target Android (probably using m2e-android) and iOS (with the MOE Eclipse plugin), and it works fine for them.

that makes sense. I guess the best way for myself to work with Eclipse for now is for the shared resources making an own project and share it as library with the ios and android project.

Thanks a lot for clearing this.

maybe you could provide one moe example which works well in eclipse both for android and ios ? So we could use it as a project template ?