I managed to borrow an iPhone and an Apple developer license to test. I first created a new hello world iphone project and tested if it worked. It did.

I’ve also set up remote build and all, and wanted to try out the samples at:

The calculator sample to be specific. But when I run it I get:

All I edited was the project.pbxproj file in xcode on my remote mac to select the correct developer team, and copy it back in my Intellij project (because I got an error earlier that told me to select a development team).

Anyone to help me out here

As explicitly stated on the repo that you used, it is deprecated, and you should use the repo from the MOE project:

Oh sorry, I googled for the samples github page to add to this post to make it more clear but I copy pasted the wrong one. I am actually working from the correct repository. 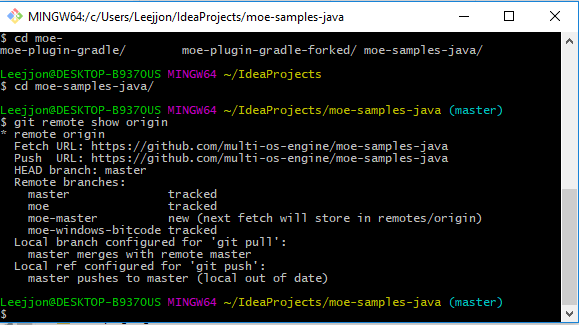 Just noticed I am behind already so I pulled the latest changes. But the error is still the same.