i installed multi-os plugin in android studio but after create ios and common module moe not create resources folder for ios module. and ios module not open with xcode editor. 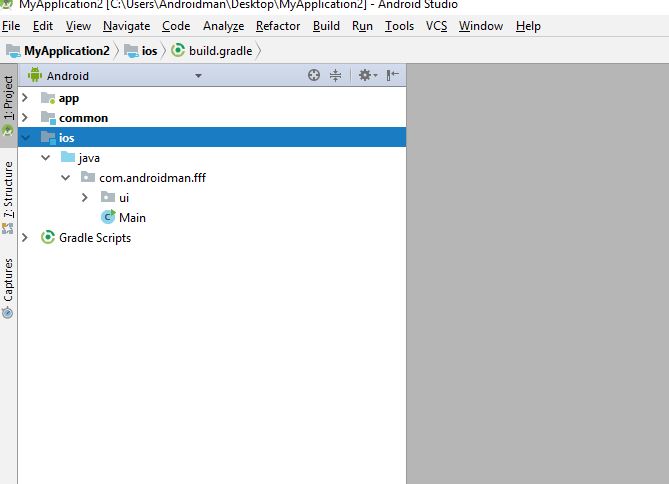 You need to see all resources on xcode. (Right-click on ios module and on the Multi-os-engine select open project on xcode)

ight-click on ios module and on

do I have to instal xcode on windows also ??

The screen you saw IS the xcode editor. But it can only modify a few settings which is not quite useful. If you need having the full control you need open the project in REAL Xcode which is only available on macOS.

Thnx alot for your reply , could you provide me with more detilaas , what is the setting i could control from here?? , also why i coudn’t import resources in android studio?

There might be some bugs prevent moe plugin creating resource directory for you but you could do it youself.
Simply create a folder called resources under ./ios/src/main, then refresh the gradle project by clicking File > Sync Project with Gradle Files from menu bar. After that the resources folder should be marked correctly.

Thanks a lot , i Have also a final question , do you know why i can’t create see Create new binding in the menu ?? 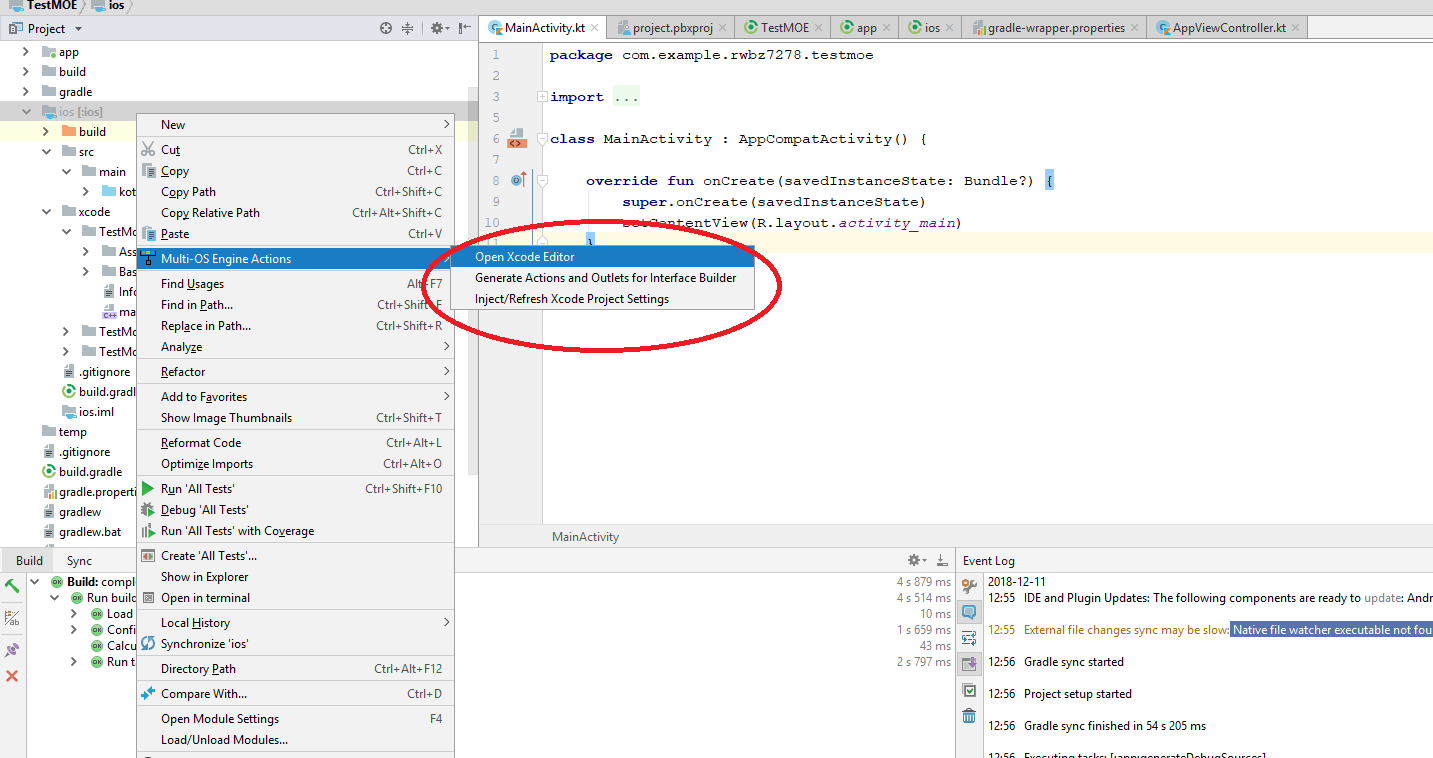 Interesting… I got two extra options on my laptop. Maybe those options are Mac only?

What you try to do then? TBH there is not very much you could do without an actual Mac if you want to write iOS part.

I Try to write natvie kotlin in CLion, But I faced an issue that it’s don’t support gradle

so it become a bit complex for me , I just want to know does xcode open in android stduio from multiOs when using Mac only ?? do you confirm this info for me ?? and if so why I didn’t see this in most tutorials

am I miss something ?

Even the ‘Open Xcode from Android Studio’ feature somehow failed on Mac, you could always open Xcode yourself and open the project, just like all other good old xcode projects. If you are talking about the official documents from MOE, then they are pretty out-dated so I’m not surprised if anything is missing there. And yes xcode project can (and should) only be opened by Xcode which doesn’t exist on platforms other than Mac.

ist on platforms other th

Thanks A lot for your clarify , really appreciated

, regarding what you mention about out dated document for MOE , does this mean I can’t work with it now?? , I am working on an app and will be on production after i finish , and i was trying to use MOE to develop multi platform app , is MOE is not updated or I can use it now ?

Well it works perfectly for now I could say, since we already use this for production for quite a while (and are still using it). But yes the document can be quite confusing sometimes. But you could find some examples on moe github page to start with.

But yes the document can be quite confusing sometime

Thanks for your help