Are there any test results (f.e. executable time of the same complicated mathematical operation using MOE app and native iOS app) which would show if there are any visible differences in performance?

All the best,
Mateusz

Which operations are you interested ?
Can you suggest code to perform ?

We have some kind of perf framework and some tests.
However we use it to compare different compilers: MOE, RoboVM, GWT, Android, TeaVM.

Nothing particular, to be honest I’ve been looking for something like:
http://trigger.io/cross-platform-application-development-blog/2012/02/24/why-trigger-io-doesnt-use-phonegap-5x-faster-native-bridge/
or 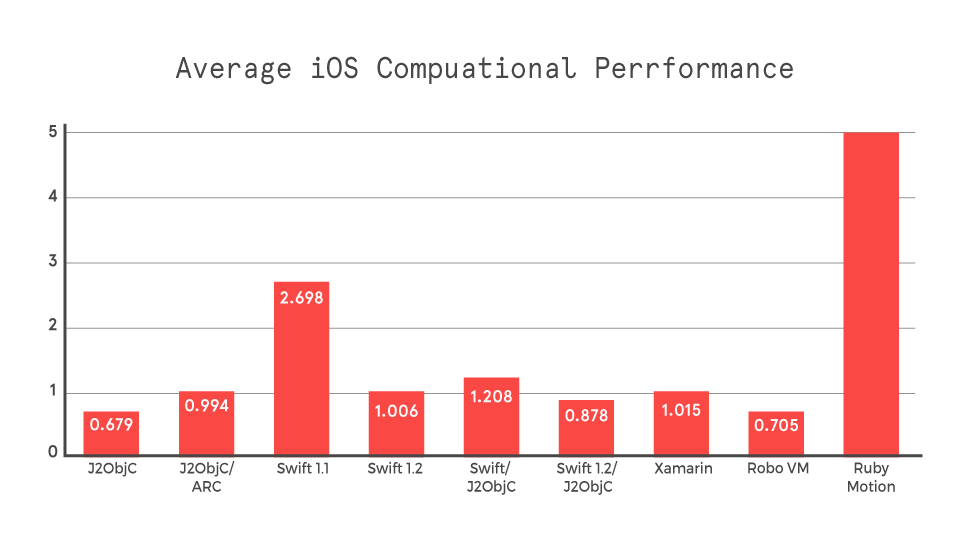 would you be kind to open-source these tests? We could then add it to our CI system to see if there is any perf regression. We currently only use the scimark2 benchmark from 0xbench.

native code is to bind the following obj-c method instead of using UIColor.colorWithRedGreenBlueAlpha

And this is the “framework”

There are also some math matrix tests and some persistence tests(Quaternion -> char[] -> String)
That’s almost it that I can share I think.