Where to put the app name for iOS?

I know the question may sound quite basic, but I don’t find where I should put my app name for the iOS build after reviewing the docs and even googling for a while.

I know I could just set it up in XCode, but I wonder if MOE has some more convenient way like a configuration file used for generating the XCode project during the build.

My feeling is that setting it in Xcode is the way you should expect it to be. Maybe it’s because I use Xcode in my day to day work.

Unfortunately I don’t usually use Xcode. Anyway I solved this by searching/replacing the app name in all files within the ios-moe module.

Here is how I do it. 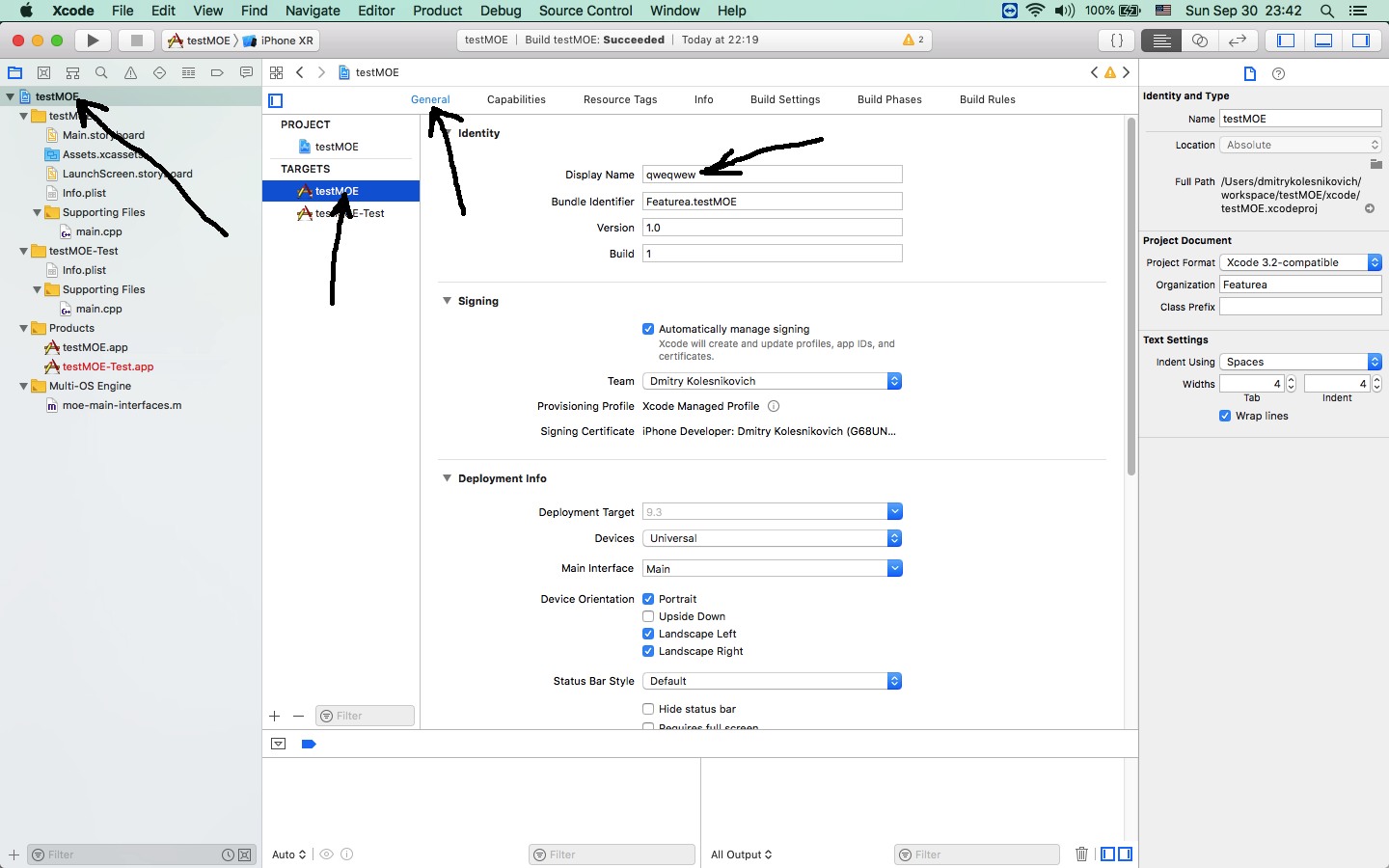 Thanks a lot Dmitry, you are very kind!

Don’t you afraid of all problems that MOE brings and that RoboVM does not? https://discuss.multi-os-engine.org/search?q=RAM

I don’t know. When I started my project RoboVM seemed to be the official libGDX way to bring your game to iOS, but since then it seems RoboVM turns into abandonware and MultiOS was the preferred choice, so I just followed pace.

My game is working pretty well in iOS, at least in the simulator, I have still to register as an Apple developer to try a real device, but that’s too expensive so I won’t do it until I have the game 100% ready, including Admob working on the simulator too.