The starting documentation seems out-dated. So thought I would create a new topic specifically for people who have just started with MOE. I would be documenting all the errors that I have faced with MOE along with their solutions and the time it took me to get a Hello World app up and running.

I am also going to port my android app ’ Aya - Teach. Learn. Manage. ’ using MOE to iOS all error that I face while doing that will also be documented over here.

Day 1 - 6 Hours spent -
Unable to get hello world app up and running.
Using -

Was using JRE and JDK version 12 which was the latest one as of this post. MOE says use JDK 8 and you should use JDK version 8. Had to remove 12 from Mac which was slightly tedious since there isn’t a simple one click method.

Then install java 8 from here
https://www.oracle.com/technetwork/java/javase/downloads/jdk8-downloads-2133151.html

After that … Open android studio and follow the instructions from here

I was unable to create a new configuration due to this.

There was a default ios configuration already there… i was able to run it… Simulator opened up and a blank app was open… No taskbar No FloatingActionButton … Just a blank screen … Will debug this tomorrow.
Off to a shaky start … Will try my best ! 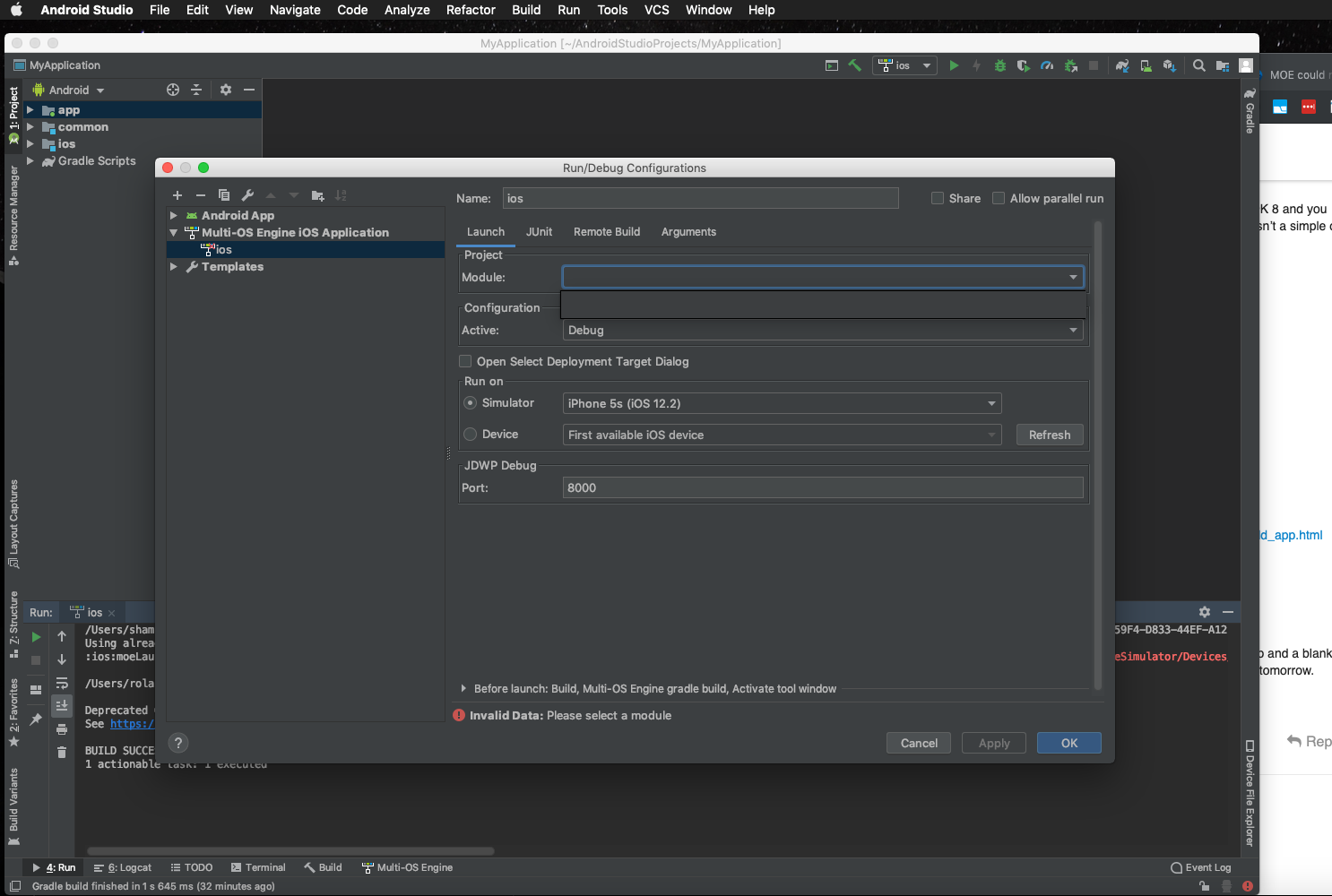 I should probably downgrade my android studio version … Will try that

Got it working in Android Studio 3.0 will be posting a detailed procedure soon

Is “soon” going to happen soon?