Ok, so apparently I have to use this build of the IDE due to my chipset.
I am running:
-Windows 10 Home
-Processor: AMD Ryzen
-Windows Hypervisor Enabled (for Android Emulation)

I am absolutely stuck when I get to the section on how to create a Common module that holds app logic and adds it as a dependency to the iOS* and Android modules.

Creating the module is simple. However, when I go to Module Settings > Dependencies > iOS Module > + > Module Dependency > (Step 1.) Common > (Step 2. Assign a scope to the new dependencies by selecting the configurations below.) This is where I am lost. It’s blank in the drop menu. I will provide a screen shot.

The app module has options to select here unlike the other module. 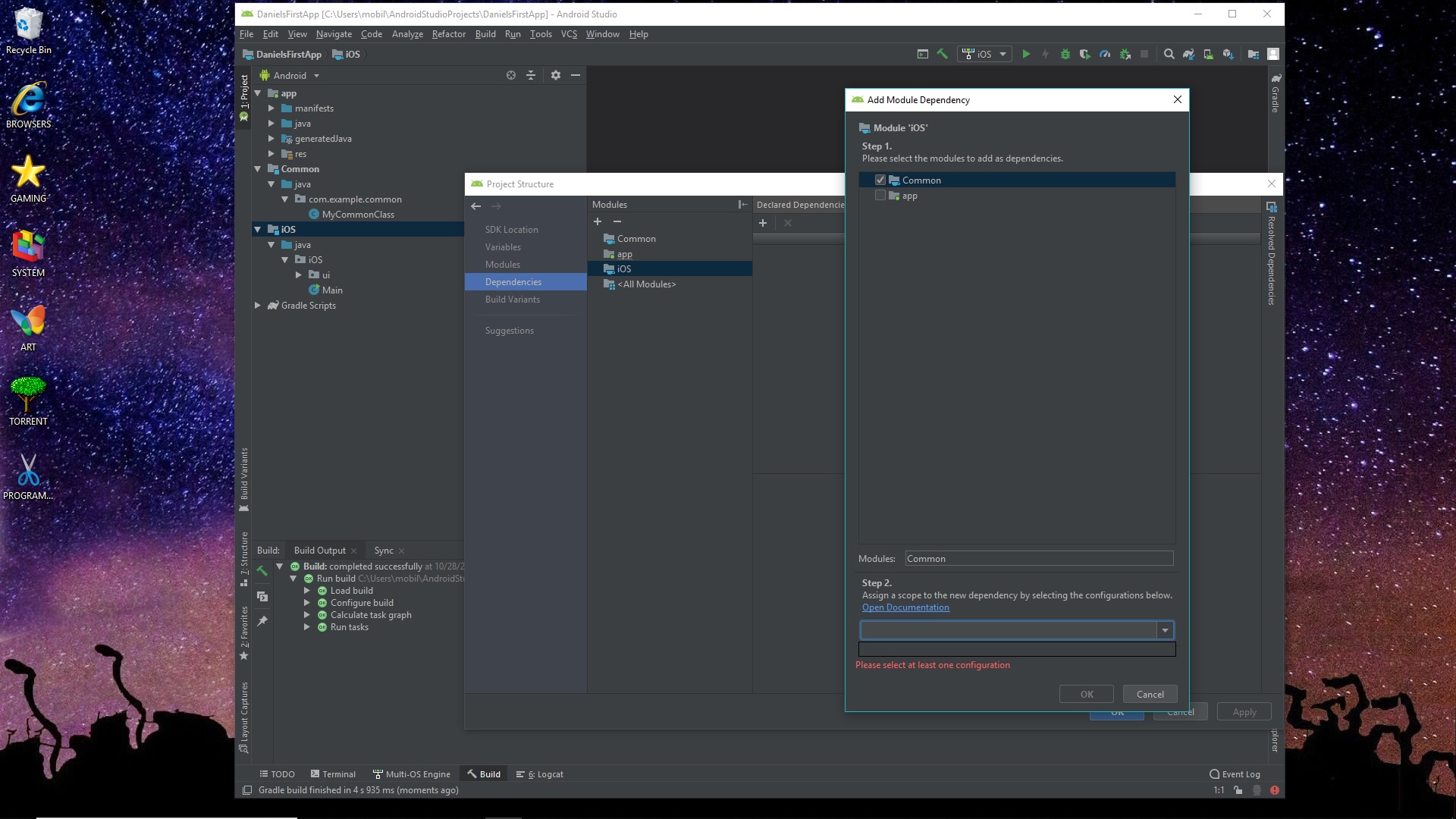 I would also like to mention that I have downloaded the MOE sample projects from the MOE repository at:

I was able to successfully emulate the Tic Tac Toe app on the Google Pixel 2 emulator.